The Suite Collective is a media company, committed to celebrating and supporting, inspiring and informing women in business with compelling content and exceptional storytelling. It was founded to share the stories of the leaders who are making decisions today and influencing change tomorrow, to help drive more women into positions of power – and keep them there.

At the current rate of change, it will take about 135 years for women to reach parity in business. We can’t afford to wait that long.

We promise to be honest, open, ethical, genuine... and to keep our promises.

We seek to listen and to understand before being understood.

We are committed to supporting the women we work with and for.

Susan Armstrong is the Founder and Editor of The Suite Collective. An award-winning editor, writer and content creator, Susan has been connecting with readers through her unique brand of storytelling for over two decades.

“So, what’s my ‘story’? I guess it all started the year I turned 12… yes, I’m going back that far. I’m on a family holiday in Surfer’s Paradise, it’s a white-hot summer and the air is heavy with the smell of Coconut Reef Oil and the sounds of Madonna’s Into The Groove.

My mum buys me my very first copy of Dolly magazine and, as I fall head over heels for the words printed on its glossy pages, it’s like my whole world opens up. Cue the sounds of angels singing. For the first time in my young life, I actually feel seen and heard – I think I’ve found my tribe. I also feel like this magazine has been written for me and me alone; like the writers have crawled inside my head, witnessed the emotional chaos that resides there, and written the most perfect articles to help me navigate the tumultuous time that is my teenage years. 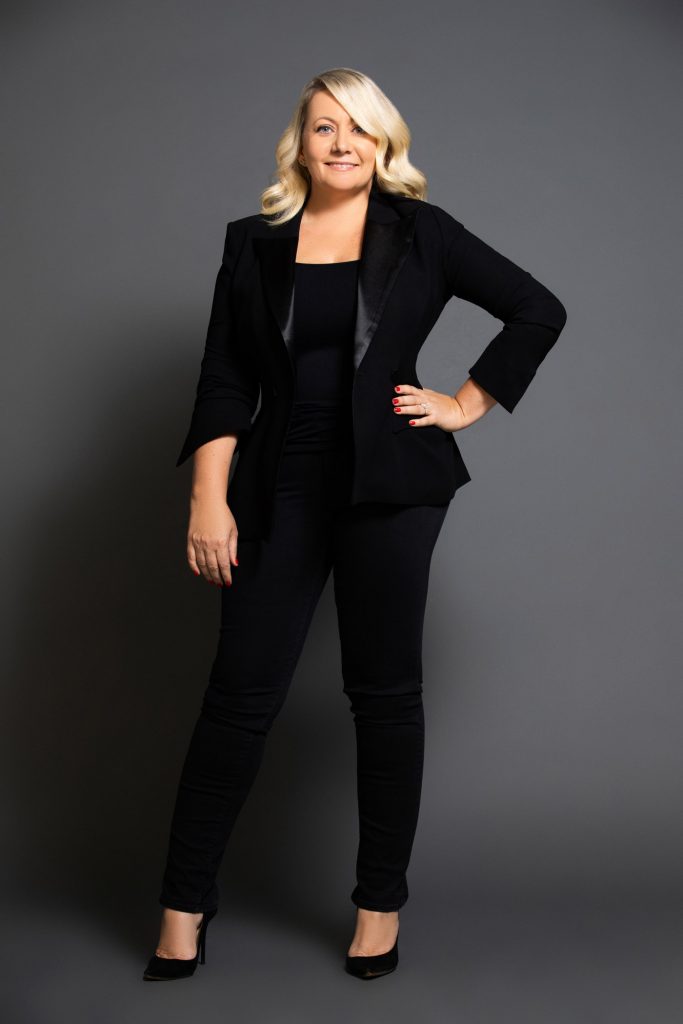 What I didn’t realise at the time was that I was beginning to understand the power of the written word and how carefully crafted content can build trust and authority, and forge deep, long-lasting connections. What I did realise that fateful day was I knew what I was going to be when I ‘grew up’ – I wanted to be the editor of a teen magazine.

Fast forward a few… okay more than a few years later and, after working on a series of magazines, from New Weekly to Woman’s Way, I’m standing on stage as the Founding Editor of Ireland’s first teen magazine, KISS. Woah. Everything I had worked so hard for had led me to this perfect moment – it was like a scene from a beloved ’80s romcom and all that was missing was the obligatory montage. And Patrick Dempsey. KISS would go on to win awards and, more importantly, the hearts of Irish teenage girls, and I would be fortunate enough to receive countless letters from readers telling me they felt the magazine had been written just for them, and them alone. Imagine that.

I would go on to launch another magazine, STELLAR, an absolute labour of love created with an incredible team of likeminded individuals, which would also win awards, the hearts of many and, I’m proud to say, is still going strong today #longliveprint

I worked on a handful of other titles – some consumer, others custom – before returning to Australia to join The CEO Magazine as its Editor-in-Chief, then Global Content Director. During my four-year tenure, I would have the great fortune of interviewing some incredibly successful CEOs and founders but, I’m not going to lie, it was a constant struggle trying to create better gender balance within the magazine’s pages when the statistics were always against us.

(Allow me to digress for a moment, but how, in 2021, are there still only 10 female CEOs listed on the latest ASX200?! This, despite all the facts and figures that show appointing a female CEO can increase market value of ASX-listed companies by nearly $80 million on average? It flummoxes (we really don’t use that word enough) and infuriates me in equal measures.)

What I would also be surprised to discover during my time working with many remarkable female executives was how reluctant some were to share their stories of success. Why? Because they didn’t want to appear vain or narcissistic. Strong, smart, successful women who should want to share the many twists and turns of their career trajectory, in a way that feels genuine and authentic, to inspire future generations. Maybe they were just looking for the right platform to do it on…

Enter, The Suite Collective: committed to celebrating, supporting and informing women in the C-suite through exceptional storytelling. I want to make your life easier with The Suite, celebrate your successes with The Story and make your company’s content infinitely better with The Strategy. I look forward to working with you – toute de Suite.

“Storytelling is a true art and when combined with powerful strategy, it is a superpower. There are not many individuals who bring to the table the level of experience that Susan has in both realms. She is a secret weapon for the clients she represents and a truly gifted professional in every sense of the word.”

Carlii Lyon
Founder, The Brand in You